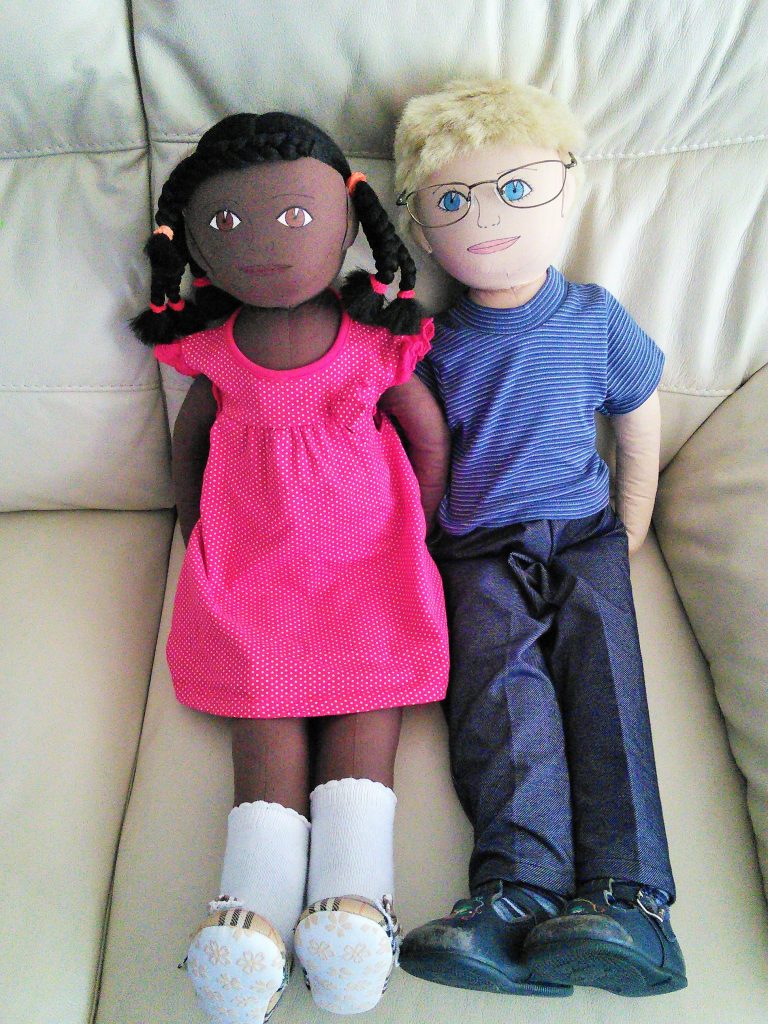 Here are Ben and Jasmine, our Persona Dolls, who come to pre-school on Fridays for storytelling sessions.  These stories have a special purpose and are used to provoke discussion about important issues surrounding equality, such as racism, sexism and disability.  The dolls “talk” to the children about things that have happened to them and about their thoughts and feelings and the children ask the dolls questions and tell them about their own experiences.  This takes place by enacting the doll whispering in the ear of the practitioner, who then tells the children what the doll has said.

We introduce the dolls to the children in small groups, telling them things about the doll, such as their age and family background, and then in subsequent weeks we introduce a different scenario to each small group in turn, asking the children to talk about what they think about it and suggest strategies to help the doll.

We find that these sessions can have a really positive impact on children, helping them to